Do you remembrer what we were talking about?

I was telling you about this case and about the possibility to treat it without shortening the fornix.

Does it ring a bell? 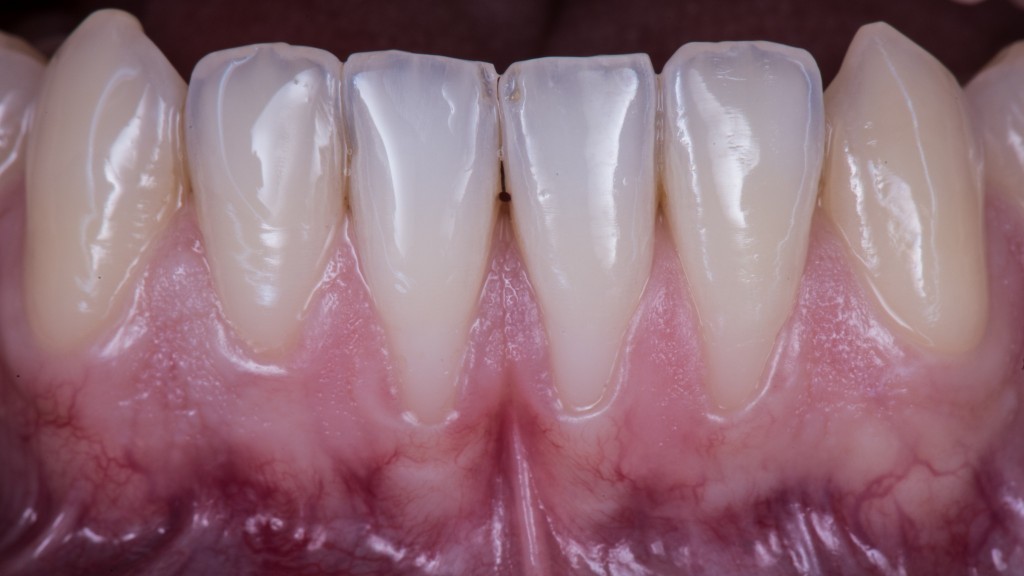 Listen, I know you probably don’t give a flying fuck about mucogingival surgery, because you don’t practise it. But I’m pretty sure you do practice implant surgery, don’t ya?😉

And you know what? If you don’t know anything about mucogingival surgery principles, that – not by chance – in his book Prof. Zucchelli calls Aesthetic Surgery , you won’t be able to achieve wonderful aesthetic results in your implant cases.

It’s no longer “fill up the hole with white stuff.” Sorry, that was over 15 years ago! Today that “white stuff” must resemble a real tooth emerging from a real gingival tissue.

Patients neither go to other dentists nor sue you because they are assholes… yep, probably some of them are… in the vast majority of cases they are disappointed by the old dentist and they just leave, instead of complaining.

So, even if you don’t care about recession coverage, YOU MUST STUDY SOFT TISSUE MANAGEMENT, because you will need it to manage pink contour of your implant-supported teeth!

All right, back to business.

So far we have learned that the simplest way to manage the fifth sextant is to start detaching the superficial muscular fibres and later the deep ones (first secret) and that to “tackle” the mental nerve we need to cut away part of it (second secret), but we need a third step to be able to recreate the depth of the fornix.

Once we used to resort to what in Italy we called “strength breaking suture,” that was a very long suture going from the right of the surgical site to the left, in the depth of the vestibule.

Obviously nowadays this suture is useless because managing the muscle the right way we have no strengths to break, but we have to turn vertical a flap which became horizontal. It must be vertical all the way to muscular insertions and then become horizontal. 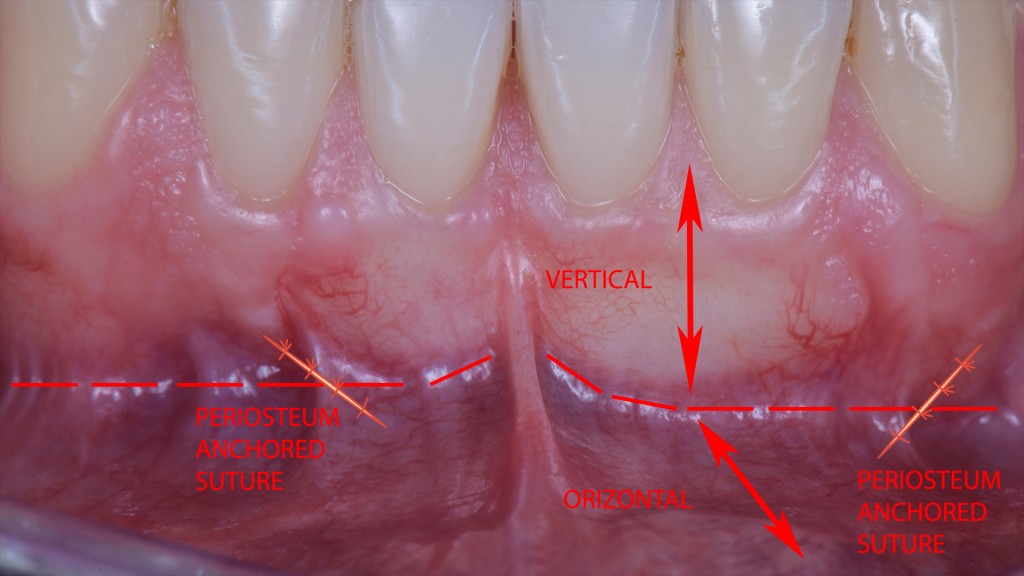 To reach this result we only have to start suturing exactly at that point, beginning at the apical portion of one vertical incision and then moving to the other. You must anchor those two sutures to the lateral periosteum. Obviously maintaining the flap in its final position via the tweezers. 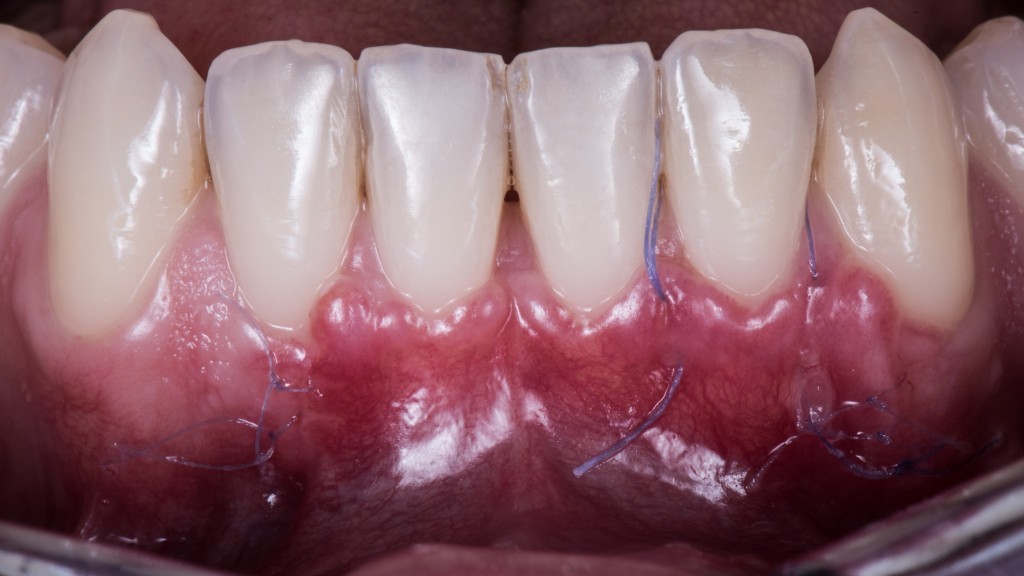 Showing is better than telling, so have a look at this video and let’s avoid wasting time.

And remember: if you are interested in these topics and you want to learn how to apply them in implantology, you should start from my SOFT TISSUE MANAGEMENT ONLINE VIDEO COURSE. Take a look at the preview to evaluate the video quality, then read the reviews written by the colleagues that have already bought it and… oh, fuck it, just buy it. Full stop. It’s cheap as chips and you will find very interesting techniques to apply  in your practice, starting from tomorrow.