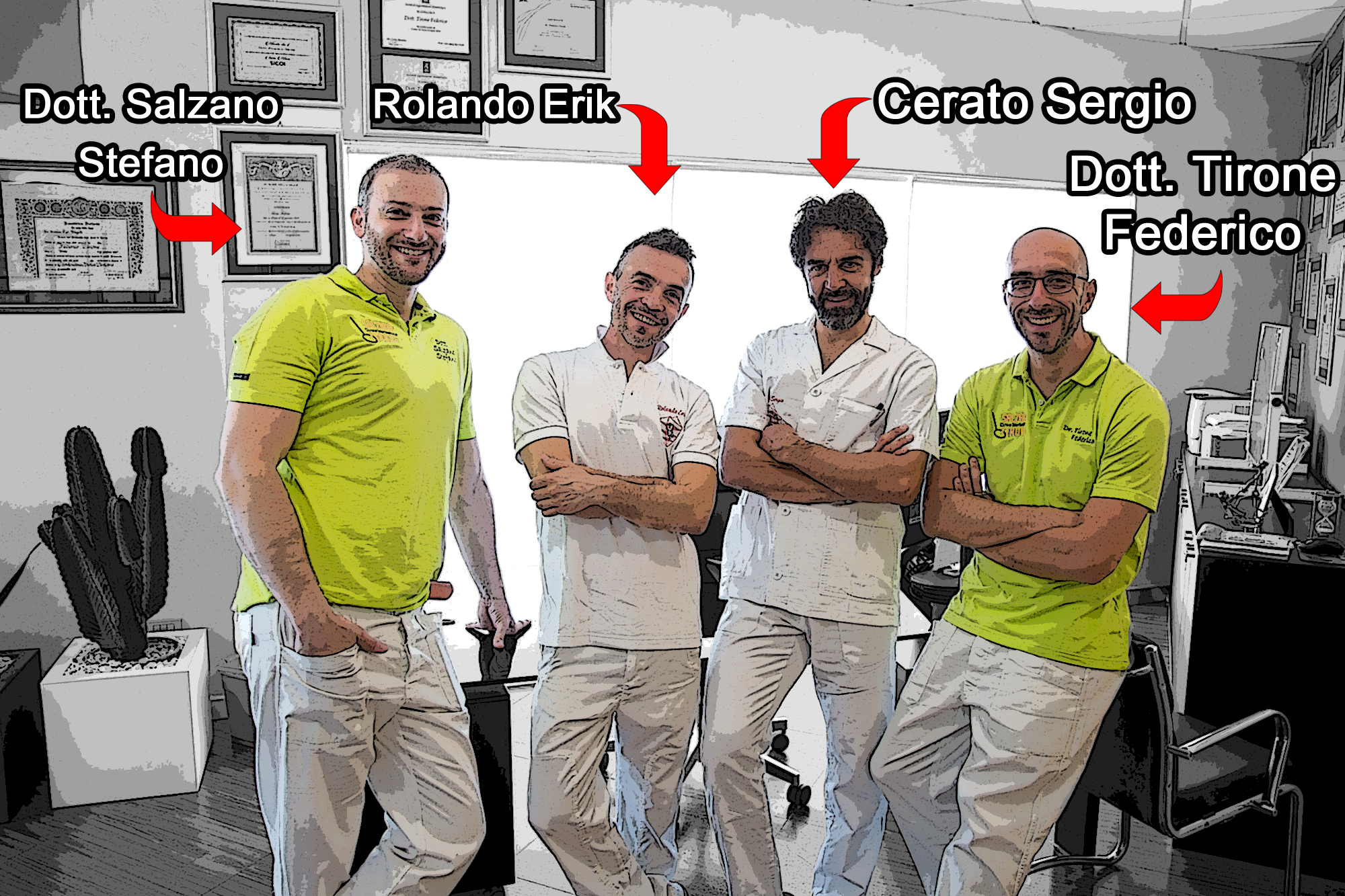 Here’s who we really are:

he started his business activity at the age of 16, opening a beekeeping company while completing his high school studies. Today, twelve years after his MSc, he is the co-founder of “Salzano Tirone Dental Clinic”, besides being the creator and co-founder of DentalExperience and blogs. Together with his lifelong friend Stefano, he promotes a new way to practice dentistry, which combines clinical excellence with an incredibly thorough study of the Company/Dentist’s Office management aspects. Proud father of four little kids, he firmly believes in the acknowledgement of one’s own limits, thus after more than fifteen years of total physical inactivity he decided to start a career as a competitive amateur boxer, which he carries out with great exhaustion and which very often teaches him important and painful lessons of humility.

In 2005, right after graduating, he quite unexpectedly finds himself managing a small 80 m2 dentist’s office in Caraglio, a 6000 inhabitants village in Cuneo province. In just a few years, together with Federico, his friend and colleague from University, he manages to create a 600 m2 clinic which, shortly afterwards, is joined by an additional 120 m2 office for oral hygiene only.

As a perfection lover since he was born, his main passion is dentistry. Therefore, he is a passionate and enthusiastic workaholic, to the point of not even needing a day off. Very sociable and outgoing with patients, in his free time he prefers solitary hobbies to take a break and reenergize. Fast cars, motorbikes and body building lover, he strums away on the guitar and the keyboards, and he loves mangas, videogames and model building. Among his solitary feats, he can include completing in three months the world biggest puzzle (32000 pieces!), which he proudly exhibits in his living room.

born in Cuneo in 1976. He graduates from G. Plana High School in Torino, among the brightest students in his school. In 2002 he becomes a prosthodontic lab owner, specializing in cosmetic and rehabilitation prosthesis creation. Thanks to his passion for his job – which enables him to “create tailor-made pieces of art”, as he likes to put it – he keeps on studying materials and techniques, always modeling them on Nature, which he has always identified with his primary source of inspiration and the model he aims at attaining to.

As soon as he set his foot in the Techical High School for prosthodontists in 1985, Sergio was immediately fascinated with the smell he could sniff in the school lab. He eagerly completed his five years there studying intensely (it was a private school and his generous parents would pay for tuition) and over the summer he used to visit some prosthodontics labs in Cuneo area.

During the following years, his professional skills developed under his mentor Bianco Livio’s supervision, until he became an owner in 2001. The smell in his own lab is now approximately the same, even though today, together with Erik (his business partner and adventure buddy), Sergio manages a modern company using cutting-edge technologies, relying on qualified collaborators and providing high quality prosthodontic services. His natural inclination for human resources management (wither collaborators, customers or patients) and a continuous search for balanced company relationships spice up his job. Catching a train, hopping on an airplane to attend a course, interacting with colleagues or getting to know different work situations represent for him an incentive for continuous growth. Besides all this, Sandra, Viola (his daughter), his dogs, running, traveling and Maritime Alps make the rest of his passions and life.